Couldn't think of a catchy title.

What does this look like to you? A pile of sticks? (Say yes.) 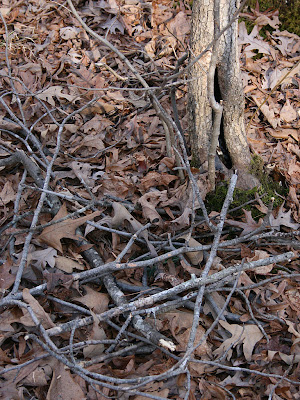 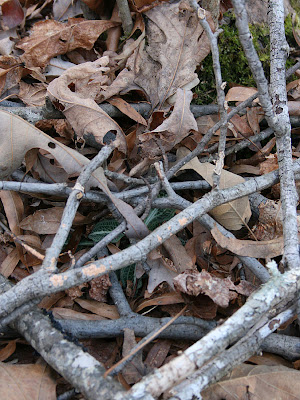 There's something green and growing beneath the sticks. 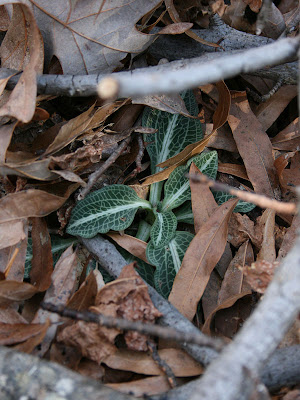 It's a Downy Rattlesnake Plantain orchid, or Goodyera pubescens to its botanist friends. The pile of sticks is my doing. In the fall of 2008, I found a single Goodyera pubescens in the woods. When I went back a few days later to look for it, it was gone. Deer? I don't know, but the deer are getting all the blame for any missing plants lately. So this fall, I was surprised and happy to find two plants nearby. And wondered how best to protect them. Well, maybe not best, but adequate. So my reasoning was that a loosely woven cover of sticks might hide the tasty plants from any casually-nibbling herbivores, but let in enough light to keep the plants alive. So far, it seems to have worked.

A story of mistakes.
My fingers almost cannot help typing Goodyeara instead of Goodyera, and that is what I did when I wrote about this plant over a year ago. The genus name has nothing to do with tires, but is instead named for John Goodyer - an English botanist who lived from about 1592 to 1664. You can read all about him on Wikipedia or elsewhere on the internet, but a lesser-known fact, I think, is that the naming of the genus was a mistake. It seems that Robert Brown (famous Scottish botanist), wanting to name a plant after Goodyer, assigned the name Goodyera repens to an orchid found in the north of England and in Scotland that he believed was the same as an orchid described by Goodyer which is found in the south of England. His reference for this belief was Gerard's Herbal, which had been revised by a friend of Goodyer's (Thomas Johnson). Johnson erroneously attached a drawing of Goodyera repens (the northern orchid known to Brown) to a description of Epipactus palustris (the southern orchid known to Goodyer).

My typing mistake could have a basis in fact however. It seems that the surname Goodyear, forever linked with tires in my mind, is probably the same as the surname Goodyer. Charles Goodyear may or may not have invented the process of vulcanization, whereby natural rubber is converted into a material suitable for tires (and other things), but one of his relatives writes the following in a genealogy of the Goodyear family:

But back to winter orchid foliage. 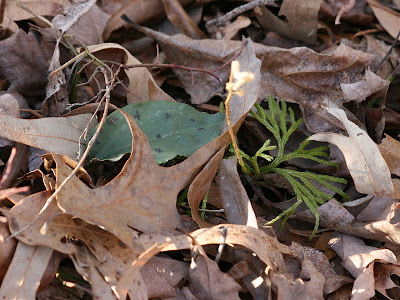 Lately, I've been finding more and more Cranefly Orchid (Tipularia discolor) foliage in various places in the woods. I stumbled across this single leaf while out with the camera a week ago, far from any previous discoveries.

Way back last summer, I meant to post something about the flowers of the Cranefly Orchid. The patch I found a couple of winters ago bloomed, and the flowers were not eaten, this past August but I had a terrible time trying to get a good photo. I never did get a good photo, but these are some of the least bad. 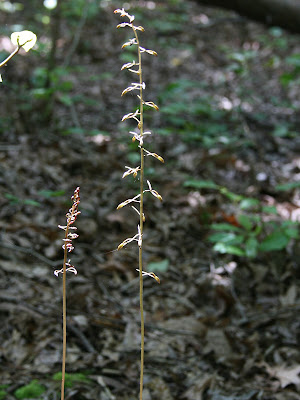 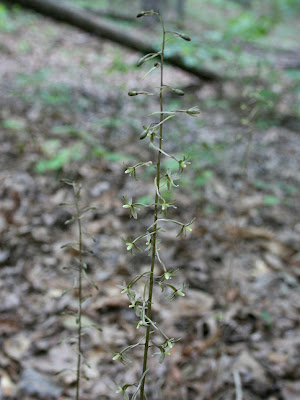 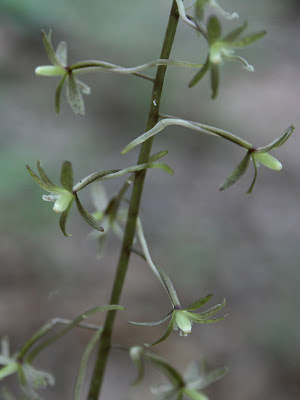 Well, it is an orchid - I think you can see the family resemblance - but very plain compared to many of its cousins. The flowers are practically invisible due to their size, coloring, and habitat. They're so perfectly camouflaged in the woods that if you didn't know to look for them you probably wouldn't notice them.

Maybe next summer I'll have some pictures of the flowers of Goodyera pubescens as well. 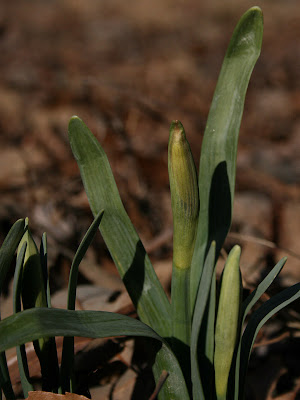 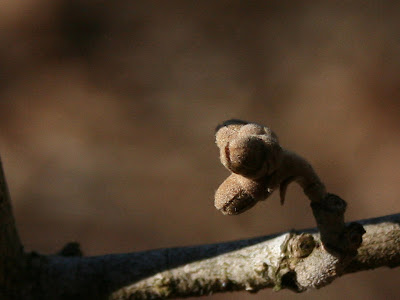 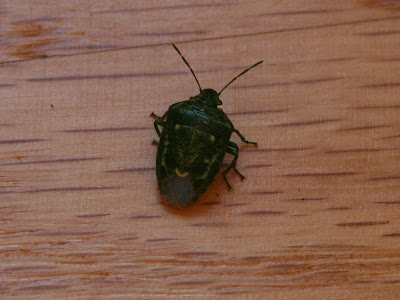 Some type of stink bug? Found crawling on the floor this afternoon. 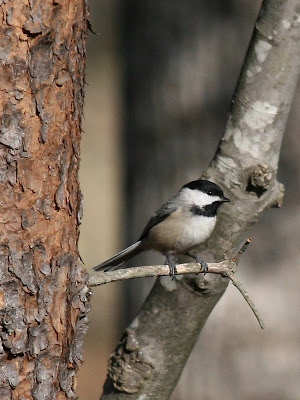 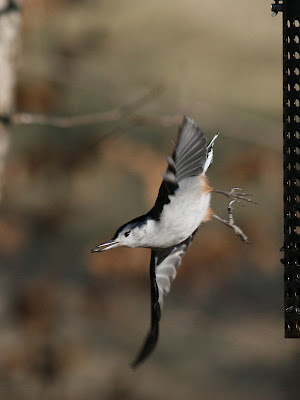 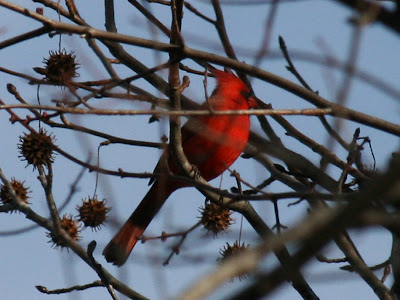 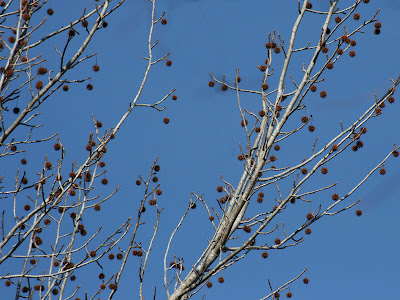 How could I be blue with a gorgeous sky, plenty of twittering birds, and today's spring-like temperatures? No blooms for Garden Bloggers' Bloom Day, that's how! But soon there will be flowers. Maybe even for February's GBBD. Stay tuned.